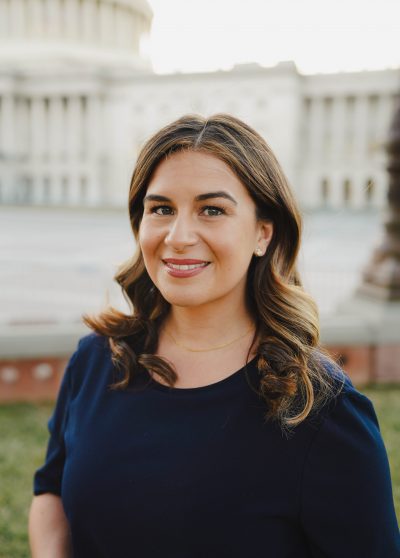 Mariel brings over a decade of experience in government and politics to her work at SKDK supporting public affairs and corporate clients.

She joined SKDK from President Biden’s White House communications team, where she served as the Director of Broadcast Media. In that role, she served as the Administration’s point person for over 2,700 interviews in the first year of the Biden presidency. As the Administration worked to communicate about the economic recovery, COVID-19, national security, and other top policy priorities, she developed and implemented the broadcast media strategy; worked closely with the networks to shape coverage of the Administration and negotiate interviews, town halls, and special events; and briefed Senior Administration Officials and Cabinet Secretaries ahead of their media appearances. Prior to her role at the White House, Sáez served as Deputy Communications Director for the Presidential Inaugural Committee and as Women’s Media Director for the Biden-Harris presidential campaign.

Mariel also has over a decade of experience working on Capitol Hill for House Majority Leader Steny H. Hoyer. She served in a variety of roles in his office to include his Deputy Communications Director. In that role, she served as his spokeswoman, helped communicate the House legislative agenda and coordinate the messaging strategy for the House Democratic Caucus, and provided strategic and crisis communications advice.

Originally from Maryland, Sáez earned a bachelor’s degree in economics at St. Mary’s College of Maryland.