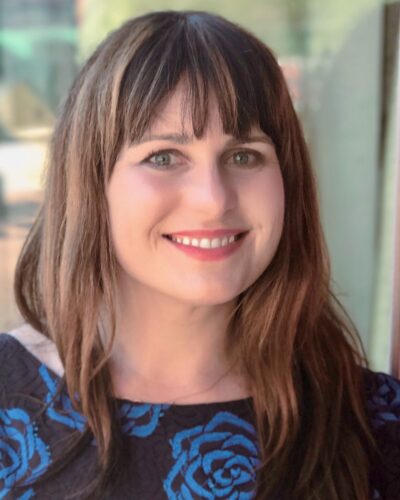 Aoife is an experienced communications strategist who specializes in developing strategic plans, messaging, and narratives that resonate with policy-minded audiences.

She brings more than 15 years of experience to SKDK, leading strategy, creating messaging and content, and building sustainability and economic impact value into the thinking, decisions, and practices at Obama for America, the U.S. Department of Energy, the U.S. Mission to the UN, the Global Climate Action Summit, as well as several private sector entities.

While in the Obama Administration, Aoife served as the Director of Public Affairs for the U.S. Department of Energy, where she was the lead advisor to the U.S. Secretary of Energy on all strategic communications issues, as well as message development in key subject matter areas. In this capacity, Aoife also managed the Department’s press rollout for the Iran nuclear negotiations and the COP21 Paris climate talks.

She also served as the Communications Director at the U.S. Mission to the United Nations in New York. There, she oversaw the Press and Public Diplomacy section of the Mission and the messaging surrounding the long-term communications priorities of the Administration.

Before joining the government, Aoife provided counsel to clients as part of a political consulting firm, focusing on reputational crisis. Aoife was also a reporter for Politico as part of the team that launched the publication and wrote for National Journal’s Hotline, a daily political briefing, where she served as Poll Editor and wrote a weekly column analyzing national and state polls trends.

Aoife’s career started in conducting opposition research for political campaigns across the country and writing direct mail, for which she earned two Pollie Awards from the American Association of Political Consultants (AAPC).

Aoife earned her bachelor’s degree from George Washington University and her master’s in business administration from Presidio Graduate School with a focus on Sustainable Solutions.

A native of Ireland and a Boston area transplant, Aoife now resides on Capitol Hill in Washington, DC.